Ghosts of the Great Wall​

For three years I worked as the food editor for Martha Stewart’s magazine, Body+Soul. I began with my own food column, “Yin/Yang Diner,” in which I developed recipes based on the Chinese concepts of Yin/Yang balance and harmony. Before long, I was asked to develop all of the recipes for each issue. Instead of trying to pre-plan each recipe, I would go to numerous grocery stores and farmer’s markets and buy whatever ingredients appealed to me. Upon returning home, I would spend hours in my kitchen, pairing the ingredients, cooking and tasting in search of the perfect balance.

To me, writing a story is like developing a recipe with a Yin/Yang balance, offered with a beautiful presentation, and most importantly, to be deliciously satisfying. In a well-written story, a strong protagonist needs to be balanced by a strong antagonist; a great injustice should lead to a grand revenge. The story should be fast paced and character-driven. Just as each ingredient in a recipe serves a purpose, so should each element of a story, supporting the plot and contributing to an unexpected climax and a satisfying ending.

With both stories and recipes, I often have to start over and make numerous changes. The biggest reward comes when I am able to concoct something delightfully unexpected. Below are the ingredients I used to develop “Steamed Dumplings” in A Banquet for Hungry Ghosts.

1.) Start with a handful of trips to the Great Wall

When I first visited the Great Wall outside Beijing in the 80’s, I was told to pack a lunch for the day trip because there were very few restaurants near the wall. Twenty years later, it was hard to walk anywhere along that same section without being accosted by pretty waitresses, trying to drag us into their restaurants. Flanking the restaurants are hotels, ranging from five star citadels of comfort down to a straw bed in a farmhouse.
Even though I’ve visited the Great Wall numerous times, I decided that any good Chinese mother would take her son to see this world-renowned wonder. Although impressed by the grand scale of the Great Wall, my son was soon distracted by the numerous menus posted on restaurant windows and walls. However, being only six years old, the adoring, pretty waitresses intimidated him. 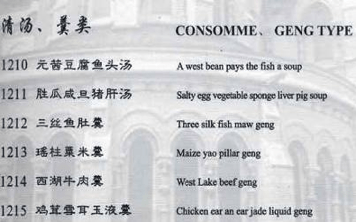 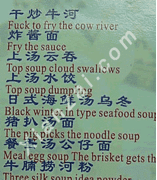 Something was lost in translation.
2) Toss in Some Wandering American Students
On that last trip back to China, I was invited to give a few lectures at my alma mater. During my stay, I met a group of American students studying Chinese. They told me they wanted to travel all over China because they loved Chinese food, and were hoping to collect interesting stories to tell their friends back home.

3) Stir in a few Drops of Hollywood Spectacle
I saw The Mummy: Tomb of the Dragon Emperor right after it came out. Although it is very thinly based on historic facts about the construction of the Great Wall, I greatly enjoyed this Westernized portrayal.

4) Use a pinch of Dried Spices from My Pantry
Throughout the years, I have visited several different sections of the Great Wall. The further away you get from the big cities, the more dilapidated the wall becomes, yet the sections of the wall near Beijing have been given complete face lifts. To see an original section of the wall, you have to venture out to remote sections, where the tourist trade is just beginning to stir. 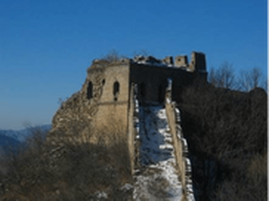 ​A popular saying in contemporary China is, “To get rich is glorious! Find a way to get rich fast, do it, and stay out of jail.” Everyone tries their best to make money from anything, anywhere. Since the Great Wall is a world-renowned attraction, it’s inevitable that all kinds of tourist-oriented businesses have mushroomed up around it. 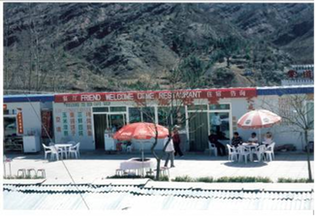 I tried several times to write a book about the Great Wall, including a non-fictional account told from the point of view of the first emperor, Qin Shi Huangdi. Despite the beneficial policies he established, he is also responsible for the deaths of thousands who perished while constructing the wall and were buried under it. I couldn’t present him as a likable character, so I shifted the focal point of the story away from the emperor.

I thought if I were a ghost from ancient times, I would be really irritated by all the noisy tourists coming from all over the world. I would be angry about greedy city folk making a profit off of the Wall built over my dead body. Then there are these ignorant foreigners who come to China looking for excitement. I’d want to show them that Chinese ghosts are just as frightening as any Western phantom. 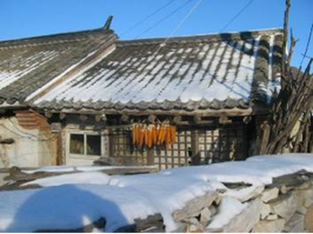