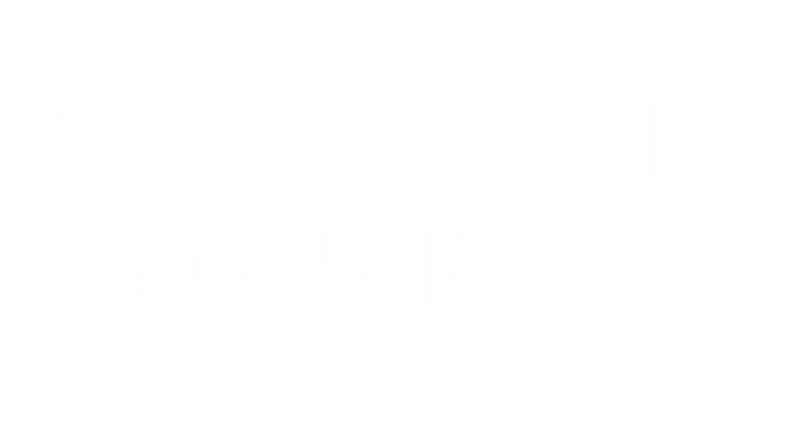 ​Ghost stories with a Chinese twist
Books
Regan McMahon, Special to The Chronicle
Oct. 30, 2009
​
​Ying Chang Compestine has ghosts on her mind, and it's not just because of Halloween.

"Boy Dumplings," her eighth picture book, came out in September and features a little boy outsmarting a ghost who wants to eat him. "A Banquet for Hungry Ghosts," a genuinely scary collection of ghost stories for young adults, came out this week. Both include recipes and references to the Hungry Ghost Festival, celebrated in September and April, when Chinese families put food out to appease the ghosts.
When the prolific Compestine is not writing (she's authored three cookbooks, and her acclaimed young-adult novel "Revolution Is Not a Dinner Party" just came out in paperback), she can usually be found at the Golden Gate Badminton Club in Emeryville. She plays five days a week, and, at 47, often obliterates opponents half her age.

"Badminton is my other job," she says, adding that it helps clear her head for writing.

In her native China, she trained to be a professional badminton player until her parents, both doctors, insisted on a more academic path. That led to a scholarship to study in the United States, where she married an American software engineer. They live on a quiet street in Lafayette with their 15-year-old son, Vinson.

Compestine says that in Chinese folklore, ghosts represent justice. They come back to exact revenge, righting wrongs done to them when they were alive. She was inspired to write the stories in "Hungry Ghosts" after a recent trip to China, where she observed the inequality and corruption in Chinese society and wanted to write about that, but not overtly. "The ghosts give me the freedom to tell the story in a very interesting way," she says.

​The book is arranged in eight chilling chapters, each named after a dish that figures in the story. Following each one is the recipe - make them all to have an eight-course Chinese banquet - and notes on the historical, cultural and political context of the issue woven into the story. Organ harvesting from prisoners, forced lobotomies, poaching and killing endangered species, bribing officials and doctors, running a rigged legal system and corrupting Buddhist priests are all fodder for Compestine's imagination and graphic storytelling. People get chopped up, buried alive and grabbed by skeletons reaching up from their graves in these hair-raising tales, which work both as pure entertainment and subtle commentary.

"When I was growing up during the Cultural Revolution, I would fantasize that ghosts would eat up all the kids who picked on me at school and the people who put my father in jail," she recalls. "I wished a ghost would take revenge on them, that there was this invisible power that could come and help me. Then one night last year, I read a story about mistreated mental patients in China, and I thought, who would help them? Then I thought: the ghosts, naturally."

And so she wrote "Tofu and Chili-Garlic Sauce," in which a corrupt doctor carelessly kills a schizophrenic patient during brain surgery and then is haunted to insanity by the tofu-like taste of the live monkey brain he ate at a fancy banquet afterward.

Compestine is not sure she believes in ghosts, but says she felt her parents' presence when she and her family visited her parents' graves in China on Tomb Sweeping Day, a feast that inspired a story in "Hungry Ghosts" set in New York's Chinatown.

The ritual that day is to bring food and burn paper money, furniture and other necessities to ensure that the deceased have a comfortable afterlife. "The paper and candles took a long time to burn," she recalls. "The tradition is that you stay there till all those things are gone. So I felt like my parents' spirits wanted to keep us there longer. I think they were really happy to see Vinson."

She does believe in traveling and following your dreams - which is why she often goes on exotic cruises, and even lectures and teaches cooking classes for Holland America cruise ships.

"Ghosts can go wherever they want, but the people in China cannot," she said. "When I was growing up, I used to fantasize that I would go to see the pyramids in Egypt, but it was impossible. That shaped how I live my life now. I love to travel. I can wander around the world freely, like a ghost, but in this lifetime."