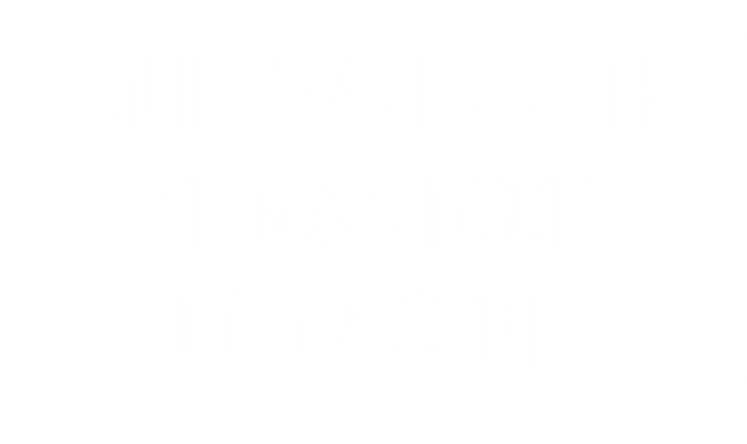 Secrets of the Terra-Cotta Soldier is written by Ying Chang Compestine who grew up in China and now lives in Lafayette, California. She is a popular author of children’s books, cookbooks, and novels. Ying’s son, Vinson Compestine, is a National Merit Scholar currently studying at the University of Southern California’s Marshall School of Business.

NAW- Why did you decide to co-author a book?

Ying: Vinson has been helping me compose emails since middle school, and by high school I started asking him to read and critique my manuscripts. As I watched him evolve into a competent writer, I frequently thought it would be nice for us to work on a book together. Once Vinson became a varsity member of his long distance running team, he became very devoted to his sport and had a full social life to the point where I felt I barely saw him. With his departure for college looming, I thought that a book would be a memorable final project before his departure. Since we had talked about collaborating before, I felt that I should grab the opportunity now!

Vinson: I’ve always loved reading and writing. Dad started reading to me in English when I was 2-3 years old, while Mother read to me in Chinese and often edited my school assignments. My favorite series, Redwall, slaked my thirst for adventure stories. I was fortunate enough to have the opportunity to accompany mother while she lectured on cruises ships in Asia, Europe and Central America. Those trips, along with stories of mother’s childhood in China fostered a fascination with foreign places and people.

Since I started “working” for mother at a young age, it wasn’t difficult for her to convince me that we should write a book together. I thought it would be fun, where she would just ask me “What if” questions or for a humorous touch like her other books! Soon, I began to realize being a coauthor entails much more than what I’d experienced. Developing the plot takes far more time, effort and “pain”—both emotional and intellectual– than I’d envisioned. Thanks to my stubborn nature developed from years of long distance racing, I refused to give up on it.

NAW- What should the reader expect to take away from the novel?

Ying:  Both Ming and Shi lived under ruthless dictatorships spread millennia apart in Chinese history. They overcome impossible odds and prove that one should never underestimate the power of friendship.

Vinson: I was drawn to this project due to my fascination with Emperor Qin’s mysterious tomb, his numerous exploits and Chinese culture and history. I hope this novel will inspire the same passion in our readers.

NAW- What did each of you bring to the story?

Ying: Much like Revolution is not a Dinner Party, much of this novel takes place around the time when I was growing up in China, during the Cultural Revolution. It was easy for me to add a genuine tone to the story, drawing from my personal experience.

Vinson: I have been hearing stories about the Cultural Revolution through my childhood from Mother, which I felt gave me a foundation for writing the book. However, I definitely had to rely on Mother to provide details concerning the structure of life during the time.

Ying: I had to rely on Vinson to illuminate how two boys would relate to each other and behave in trying times.

NAW- How did you meet the farmer who discovered the first terra-cotta soldier? What was he like?

Just like in the story, three farmers discovered the first terra-cotta soldier. When we visited the Terra-cotta museum, we saw one of the farmers making a fine living signing novels in the gift shop and posing for pictures with tourists. Later, we walked around the nearby village and inquired after the other two. The locals told us that one had died, and the other had a disagreement with local officials and was left out in the cold. They pointed us towards a humble concrete house where he lived. We knocked on the door and were greeted by an elderly couple. When we explained that we were writing a book, the old farmer warmly invited us in. Over tea, he told us about his discovery, how they were rewarded a paltry 30 yuan, about four dollars, and some local rumors about the tomb’s secret traps guarding the treasures and emperor. 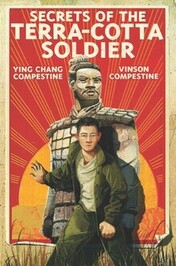 Ying: We exchanged ideas and discussed the plot on walks on the trail behind our house. After years of assisting me in the kitchen, Vinson had learned a great deal about cooking. We would alternate working on the novel and preparing food. Vinson would write a draft–

Vinson: –then she would thoroughly edit what I had written, sometimes with a major rewrite. I would be like “what’s wrong with that!”  and “Why is she so picky?”

Ying: We spent many hours plotting the novel over a multi-course meal, similar to the one Shi made for Ming sans worms!
Vinson: Yes, food sweetened the bitter work. Later on, when Mother developed tennis elbow from playing too much badminton, I did most of the typing while she worked on hard copies.

Ying: It was a bittersweet experience. Vinson is a very fast thinker, has a broad vocabulary, and is full of ideas, but I had to instill within him the tenacity necessary for the laborious writing process. At one point we ended up scrapping most of our first draft. Many of the chapters have been rewritten multiple times. Sometimes we spent hours on just a single paragraph. I think I eventually convinced him that a good book requires many hours of hard work and one’s heart and soul.

Vinson: Rewrites were initially difficult and I resisted, but I eventually saw the necessity and was gratified to see the plot finally come together, the characters grow and their dialogue become convincing. I worked 3-5 hours a day during summer vacation, and 8 hours a week during the school year.

NAW- What was the inspiration behind the characters?

Ying: I had to deal with pushy people and corrupt government officials throughout my youth in China. Those experiences provided the base for the characters of the Gee Brothers and the Political Officer. My own experiences of being singled out at school for having an “anti-revolutionary” father came to play during the development of Ming, as I empathized with his fears and his thirst for friendship.

Vinson: During one of my trips to China I befriended some local village boys while teaching them English. They became the base for Ming and his classmates. After Mother likened the camaraderie between Shi and his comrades to me and my running mates, I felt a new ability to connect with the character.

NAW- How did the characters develop?

In early drafts we tried to make Ming a sympathetic character by portraying him as vulnerable, but instead we created a weak, unlikable, spoiled city kid. After considering feedback from our editor, we molded him into a character with compassion, courage, and talents.

The original draft included a love subplot for Shi, but once we decided to focus on the adventure, the secrets of the tomb, and the two boys’ friendship we omitted that aspect, turning Shi from a lovesick romantic to an adventurous warrior.

NAW- What made you choose to write about a terracotta soldier?

Ying: In our visit to the first Emperor’s tomb we were captivated by its mystery. When we learned that there are no excavation plans for the main chambers for fear of traps, exposure to mercury, and superstitions of an Emperor’s curse, we spent hours imagining what lay hidden beneath the surface. Based off the historical facts we learned, and local stories of tomb robbers through the millennia, we imagined what it would be like in the unopened sections.

Vinson: When mother and I talked about what life underground would really be like I spent a lot of time thinking about being one of the terracotta soldiers. After hearing the farmer’s story, I started wondering what it would be like to be the first soldier dragged out.

Ying: And I have always been fascinated by Emperor Qin as we share the same Chinese name “Ying”, one of the most complex characters in Chinese. I thought using a terracotta soldier who had guarded Emperor Qin for thousands of years as a device would be a more interesting way to tell his story.

NAW- What was rewarding/difficult about it?

Vinson: I liked the process of watching the plot evolve like a puzzle coming together and the characters develop into multidimensional personas.

Ying: At times communication was difficult. I would see an idea in my  head and explain it to Vinson but often he would misinterpret what I was saying, what I wanted to convey.

Vinson: Time management was especially difficult for me, between this project, my academics, running, and my friends. After college acceptance letters came in, it was particularly hard to see my friends having a great time while I was stuck inside working on the book for hours every day. I was torn between my “friends” in the book I was writing and my friends from school.

Ying: It was a taxing time. On top of this project, I was helping Vinson with his college applications, mentally preparing for his departure and working on a cookbook. There were times that I felt I was being pulled in all directions, but in the end I knew that the hardship was worth it. We created a lifelong memory and a final product that we are both proud of.

NAW- What did you learn from the experience?

Ying: This is the first time I’ve coauthored anything, and I quickly discovered that I often assumed others should understand my ideas. When I work by myself on a project, I often work for hours on end without breaks, but while coauthoring I had to wait for Vinson to be available, which became very frustrating. The whole experience taught me patience.

Vinson: The experience gave me a greater appreciation for hard work and perseverance, and setting a higher standard for my work in the future. I became aware that behind every successful project are hours of concerted effort and discipline. Now, when I read classic literature, I feel I can identify what makes a work of art timeless. This book has taught me some of the hardest lessons about being a writer. Next time I know I can approach my project with realistic expectations and mental preparation.
Mother and I had a working contract. I came to realize the power of a contract when she asked me to work overtime and I could decline! The whole project was a valuable lesson in collaboration.

NAW- What next? Will you be co-authoring another book in future?

Ying: It will have to be after he graduates from college. I am now focusing on a few of my own book projects and working on selling the film rights for the book.

Vinson: Having just finished my sophomore year of college, I plan to continue focusing on my studies and graduating in 4 years (for my sake and my parent’s checkbook!)

Ying: I get asked this all the time. If I was a real tiger mom, Vinson would be getting a full scholarship from USC instead of half.

Vinson: You mean a dragon mom?